What are some of the things that make marriages succeed or fail? Emily Esfahani Smith wrote a wonderful article in The Atlantic about the research that sheds the light on this issue. Here is an excerpt from the article: 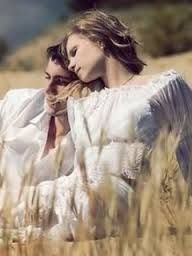 “Science says lasting relationships come down to — you guessed it — kindness and generosity.
Every day in June, the most popular wedding month of the year, about 13,000 American couples will say “I do,” committing to a lifelong relationship that will be full of friendship, joy, and love that will carry them forward to their final days on this earth.

Except, of course, it doesn’t work out that way for most people.

The majority of marriages fail, either ending in divorce and separation or devolving into bitterness and dysfunction. Of all the people who get married, only three in ten remain in healthy, happy marriages, as psychologist Ty Tashiro points out in his book “The Science of Happily Ever After,” which was published earlier this year.

Social scientists first started studying marriages by observing them in action in the 1970s in response to a crisis: Married couples were divorcing at unprecedented rates. Worried about the impact these divorces would have on the children of the broken marriages, psychologists decided to cast their scientific net on couples, bringing them into the lab to observe them and determine what the ingredients of a healthy, lasting relationship were.

Was each unhappy family unhappy in its own way, as Tolstoy claimed, or did the miserable marriages all share something toxic in common?”

To read the whole article, please follow the link:
http://www.businessinsider.com/lasting-relationships-rely-on-2-traits-2014-11

Resistance to what is

Some thoughts about marriage

Recently, I had some thoughts about marriage. Marriage, besides other things causes a perpetual inner…