Once again Jessica cried herself to sleep. Josh, her boyfriend, yelled at and cursed her – again. All because of a broken plate. It was an accident! She felt so scared, lonely and desperate – nobody to turn to. Nobody would believe her because all her close friends and family loved Josh and thought he was a great guy. “So charming and nice”, they’d say. Nobody would believe that he was capable of being so mean, so angry and rude. What did she do to deserve this? She thought there must be something really wrong with her…

Kyle sensed this raging wave of heat flooding his face. He felt deeply ashamed and humiliated. They were at the party and Sarah made a dreadful scene in front of all their friends. He talked briefly to an old female classmate and Sarah decided he was flirting with her. What followed was terrible. She got hysterical, called him every name in the book and hurled ugly insults at him. Kyle saw the puzzled and strange looks on his friends’ faces and felt like he was a half man. He wanted to become invisible. How had his life come to this? 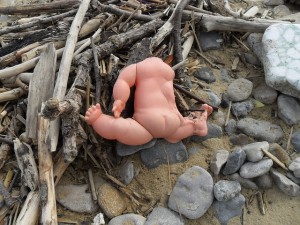 These are the examples of what is considered emotional or psychological abuse.

Most people know about physical or sexual abuse because they are so visibly obvious. But when it comes to emotional or psychological abuse, the signs are much more subtle. Some specialists believe that psychological abuse is more deeply damaging than physical abuse – precisely because it’s so hard to detect. It erodes one’s self-esteem and psyche very slowly and gradually.

Psychological abuse can be found in various relationships. For example, between parents and their children, in school, or at work. But today I will talk only about intimate relationships.

If you make a quick Google search, it will bring you literally millions of pages with 5, 9, 12, 21, 30 and etc….”signs of abuse.” While some of them can truly be signs of abuse, others can be attributed to bad manners and unhealthy ways of communicating which someone has learned in their past. However, there are three broad categories of behavior which clearly mark abusive relationships.

It’s more important to be aware of how you feel in response to your partner and their actions, than the actions themselves.

Many people sometimes demonstrate behaviors that can be classified as abusive, especially under distress. But in case of non-abusive relationships, negative feelings are fleeting and don’t turn into “a state of living.” When you live with an abuser, negative feelings can become your “inner reality”.

Here is a description of each category:

This is probably one of the most important indicators of abusive relationships. Does your partner go through your phone, emails or social media profiles? Does he or she calls or texts you several times a day to check your whereabouts? Do they limit your communication with friends or family? Do they tell you what to wear or what to do? Do they restrict access to money or control your spending? Do they try to control your thinking, feelings or behavior?

These are some ways in which control can manifest itself in the relationship. What are your feelings tell you? Do you feel scared, like you’re trapped or imprisoned? Feel like you always have to walk on eggshells, as if you are under constant scrutiny? If you often feel this way, it’s an indicator of an abusive relationship.

2. Blaming And Shifting of Responsibility

A signature trait of abusers is their tendency to blame others (or the world) for whatever problems there are and not to take responsibility for their own feelings, actions and contribution to the problem. Abusers tend to place the cause for anything negative outside of themselves. In a relationship, it shows up as blaming the partner for all the problems.

If you find yourself experiencing guilt for the hurt feelings of your partner, for their angry outbursts, for their problems, for fights between the two of you and any other problems in the relationship – it might be a result of being blamed by your partner. Eventually, you start doubting yourself and your sanity, you feel crazy. If that’s the case, consider whether your relationship is abusive.

3. Insulting, putting down and intimidating.

This is probably the broadest category of all. It includes a very wide range of behaviors from yelling, making threats and name calling, to lying, manipulating, constant criticizing, belittling, using sarcastic and offensive remarks, withdrawing affection and cheating.

What you experience as a result of such behaviors can include shame, feelings that you don’t deserve love, that you are not good enough, that you are ugly, unworthy, stupid, inadequate, or that you deserve such treatment, etc.

If you recognize your feelings and your partner’s behaviors in some of these descriptions, consider getting professional help. Problems like these are very hard to overcome by yourself and they usually don’t get better on their own. Most probably you got caught up in a situation like this because of your past experiences, or your childhood. The good news is that it’s possible to change (or leave the relationship if this is what’s needed), with the support of others and/or professional mental health counseling.

How to deal with difficult emotions and feelings?

So, you decided that you don't want to be alone any longer. You have had…

When you just start your relationship

I was at a hair salon the other day. My hairdresser and I stroke a…