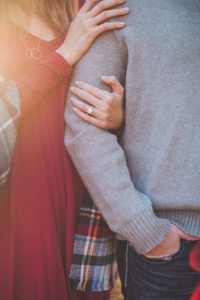 You spend a lot of time thinking and being concerned about your partner’s or other relative’s actions or behavior. You’re desperately trying to change them, control them, save them, or fix them. You feel that if you just can manage them enough, they’ll stop the behavior that destroys them and/or the relationship. Meanwhile, your own life is spinning out of control.

You feel like you’re the one who gives too much in the relationship. You live in constant pain and anguish and are losing hope that things will ever change. You’re confused, full of doubts and shame. You suspect that it’s all your fault and think you’re the only one who is suffering this way.

Welcome to the world of codependency. You’re not alone – you’re definitely not the only one in the world with this problem.

So, what is Codependency?

Many people probably heard the word “codependency”. This term was coined at the end of the 1980s to describe a phenomenon observed among the people who lived in the families of alcoholics. They displayed a rigid set of behavior patterns that were similar across many different families.

Later it was discovered that comparable patterns of relating to others were acquired in various types of dysfunctional families, not just alcoholic ones. As a result, the word “codependency” transformed into a whole new concept with its own unique meaning.

There are many books written about this subject – one of the best is “Codependent No More,” by Melody Beattie. However, in the simplest form, codependency can be described as a set of patterns of behavior which include one person trying to control behavior of another in order to avoid their own pain.

In a nutshell, it’s when you spend more time and energy thinking and being concerned about somebody else and not yourself. Something like this: 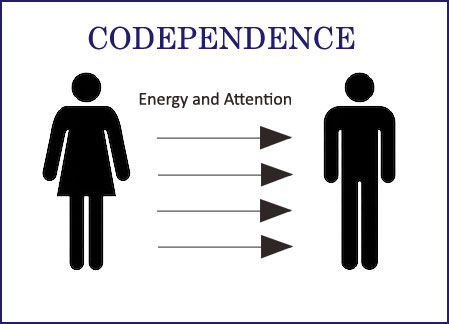 In the process, you lose yourself. You stop feelings your own pain, lose touch with your needs and desires and ignore the opportunity to focus on your own healing and well-being.

Signs and Characteristics of Codependent People

If you’re reading this, you probably already know or suspect that you (or somebody you know) might be a codependent. So, how do you know for sure?

Here are some common signs that you might be a codependent, or are in codependent relationship:

These are just some of the patterns of behavior of somebody who might have codependency traits. If you’re still not sure, you can take this quiz to see where you fall on a scale of codependency:

What Do I Do With All This?

It really depends. If you are a DIY type of person, you can start by reading a few books. There are plenty of good books available, including workbooks. Two of the most reputable authorities on codependency are Melody Beattie and Pia Mellody. Join a CODA Twelve Steps local group (specifically designed for codependents). Or see a professional mental health counselor or psychotherapist.

No matter what approach you choose, these are some of the skills you will need to learn in order to overcome codependency:

You start by noticing when you engage in negative patterns of behavior. And then, gradually, replace them with more healthy and constructive ones.

I wish you a fruitful and healing journey.